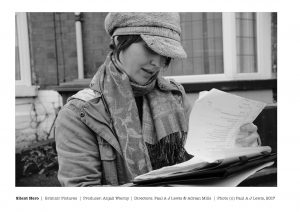 In 2016, Anjali launched Grimnir Pictures, bringing together a group of media types to make films. Her style as a producer is to coordinate a collaboration that incorporates the whole team’s creative ideas and expertise. As a writer, she likes to tell stories that entertain whilst playing around with a niggling issue she wants to explore. 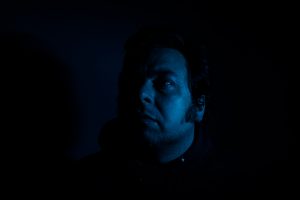 From a young age, Paul developed a fascination with cinema, driven by the eclecticism of the early video age, in which disreputable European horror films would often sit side-by-side with highbrow ‘art’ films. Formative experiences in terms of his tasted in films were Alex Cox and Nick Freand Jones’ screenings of ‘cult’ films as part of the BBC’s Moviedrome series during the late 1980s and early 1990s, and ITV’s roughly contemporaneous late-night series of European films entitled ‘Le Continental’, which specialised in broadcasting Spaghetti Westerns (like Pasquale Squiteri’s Django Against Sartana, 1970) alongside obscure actioners (such as the 1980 West German picture Theo Against the Rest of the World) and comedies (for example, the 1964 French comedy The Policeman of St Tropez).

Naturally, Paul decided to pursue his love of literature and cinema at university, progressing from his first degree (in English Literature and Social Science) onto an MA in Contemporary Literature and Film, where he revelled in studying punk cinema with Dr John Hoyles and was mentored in the writing of his thesis (focusing on Sam Peckinpah’s Straw Dogs) by Neil Sinyard. Resisting pressure from his family to get a ‘proper job’, Paul took up teaching in 2001 and, since 2005, has dovetailed his labours in education with work as a freelance writer specialising in film history and criticism, producing articles for various publications about film directors such as Fernando di Leo (Milano calibre 9, 1972) and television/film writers like Trevor Preston (Out, 1978). Paul has written about film and television for a number of publications, both in print and online. Some of his writing for online publications is indexed on his Contently profile. From 2006, Paul has written regular DVD/Blu-ray reviews for Rewind/DVDCompare, producing approximately 40 articles per year and specialising in British cinema, popular European cinema (for example, the thrilling all’italiana and European horror films), film noir and Japanese cinema. He has also worked as a researcher for DVD/Blu-ray releasing companies, assisting with information vis-a-vis the censorship histories of the films they distribute on home video formats.

In addition to this, he is a published documentary photographer with several books available; some of his photographic work can be seen at his personal website. 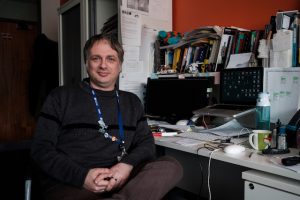 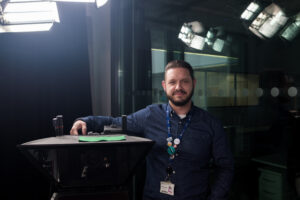